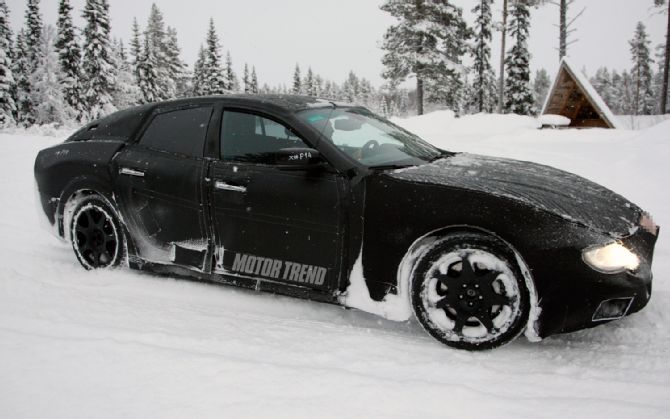 The Trident Targets A7

By Mike Connor |From the April 2013 issue of Motor Trend

Until now, we’ve assumed the next all-new product from Maserati would be the Levante SUV based on the Kubang concept. While rumors of a smaller sedan have been circulating, it appeared to be farther down the pipeline. Not so.

We’re now told that, with the new Quattroporte’s growth into a proper S-Class/7 Series/A8 competitor, the Ghibli is jumping ahead in the line to do battle in the higher-volume and arguably more important E-Class/5 Series/A6 segment. Don’t expect a traditional sedan, though. Our source says the styling will be “four-door coupe” in the vein of the Audi A7.

The Ghibli will have the go to back up its show. We’re told its engines will be lifted straight from the new Quattroporte, which means a twin-turbo V-6 to start and a twin-turbo V-8 to do battle against the E63, M5, XFR, CTS-V, and S7. To really make it competitive, it’s rumored Maserati might pair the twin-turbo V-8 with an AWD system — emphasis on “might.”

Our source didn’t have power numbers, so it’s unknown at this point whether the Ghibli will share the Quattroporte’s output–but it’s likely.