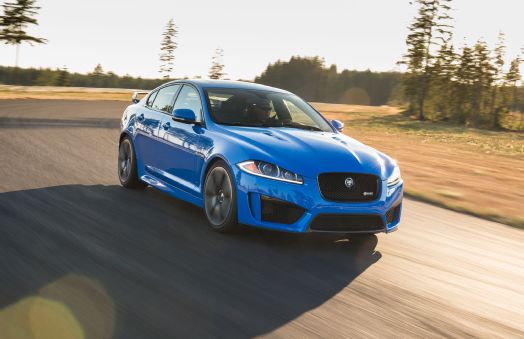 Jaguar’s New Platform: XF Replacement Will Be Aluminum, Too

More on Motortrend.com:11 Things to Know About the 2016 Jaguar XF

The same day Jaguar showed the concept to the press, and then publicly at least seemed coy about whether it will make production, the automaker made a far more significant announcement. The company will launch a new all-aluminum BMW 3 Series rival two years from now.

To be exact, Jaguar said the all-new aluminum architecture under the C-X17 will be going into production in a sports sedan to be launched in 2015. And the company isn’t being modest about its ambitions: “It will be the most efficient, advanced, and refined premium sports sedan ever seen in the C/D segment,” the company said in a press release. No Jaguar executive could ever have made that boast of the late, unlamented X-Type.

More on Automobilemag.com:Jaguar XF Prototype Caught at the Nurburgring

I asked Callum and Stride about the potential range of this modular platform, dubbed iQ[Al]. Callum sweeps his arm across the show stand. “There’s a whole range of cars to replace. This is really the first all-new Jaguar architecture for decades, except the XK [from which is derived the F-Type]. Even the XJ was an ‘aluminumized’ version of Ford’s DEW platform.”

Stride adds, “And the reason we now have a Jaguar aluminum architecture, different from the Range Rover one [known as PLA], although it will share lessons and electronics with that, is that we want to grow Jaguar. And they all have to be Jaguars. It has to be flexible. We can’t do many architectures for a small — if growing — company.”

Callum again: “All Jaguars will be aluminum. That’ll give scale economies.”

Right. So we now we can begin to understand a cadence: The new small sedan launches from 2015. “I’ve finished designing it,” says Callum.

The XF replacement will be aluminum and also use iQ[Al], Callum’s comment confirms. We can assume the current car, launched in late 2007 and only recently given AWD and a new V-6, has minimum two more years to run, max four.

The crossover hasn’t been confirmed, but why engineer a variable platform that can accept a crossover, and then not build it? Especially when all rivals have two or more crossovers. Ask this question of Callum and he simply smiles, coughs, and nods. The real unknown is not if it will happen, but when. Will Jaguar get it out ahead of the XF replacement, or will it do the XF and then the crossover?

But back to our chat with Callum and Stride. What does the new architecture bring to the party? Stride mentions design first. “It has to give Ian’s team specific advantage. In all areas we asked: How would you have Jaguar proportions and design? Where do you put the front wheel versus the occupants? It’s a compact double wishbone for fender height benefit. If we would be genuine about Jaguars we need to support that.”

But there are also dynamics benefits of the new architecture. Stride again: “We need technology for how the cars feel. Aluminum allows us to use more sophisticated suspension. It’s a light, stiff platform. The small sedan has the same complex stiffness parameters around the front suspension as the F-Type.”

The small sedan will be around 180-185 inches long, and the crossover concept is only 186 inches. The C-X17 wheelbase is 114 inches, which is probably about five inches longer than a small sedan would need. But as Callum says, all Jaguars will need replacing, so the architecture can support sizes from the XJ down. Callum clarifies: “But we can’t make the front end shorter, so the compact sedan is the smallest we would make.”

As to the range of powertrains the architecture can take, Jaguar Land Rover is building a new factory for its own all-new four-cylinder engines, both gas and diesel, in a vast range of power outputs. But the Jaguar cars off the new architecture will also have the 340-hp and 380-hp supercharged V-6 engines now in the F-Type.

But will a production crossover look like the concept? The answer is yes, at least for the exterior. Callum says, “We’ve been through the package checks and the feasibility. We might discover millimeters here and there, but you can say we know the car well.”

Stride chimes in, “We even know its aero, because we can, by modeling. CFD gets to within 1 percent accuracy.”

But if it’s three years into the future, will it have enough stretch? Is it radical enough for a sports crossover of the late decade? Callum points at the concept and looks deadly serious. “I’ll guarantee that if we would put this exact car onto the road, it would have the most exciting profile versus its competitive set at the time of launch.